I’m today going to be installing 9006 LED light bulbs as fog light, they are really cool. I’m going to wire both of these together with two wires a positive and negative. I am going to show you how to wire them.

We’re getting rid of the wires up, I cut two wires one going to be the positive, one to be negative. I cut it in half and I soldered at the middle. The reason why I did that is because that end mayor is going to the C’s box where it’s soldered is going to go to the left side closest to the fuse box. The other one running across is going to come to this side it makes it easier so you only have to run three wires. That side is going to go up into the feed bog, the solder point is going to connect to the positive end of that and that’s going to run along and go to that side and then the same through the negative.

Now I opened the feed box, Honda actually gives you a little huge puller. I found a fuse out it’s number fifteen that’s four enough fuse, number fifteen to actually fuse number seventeen, but to fifteen fuses and that’s actually supposed to be for audio. I’m going ahead have a wire it up as well. 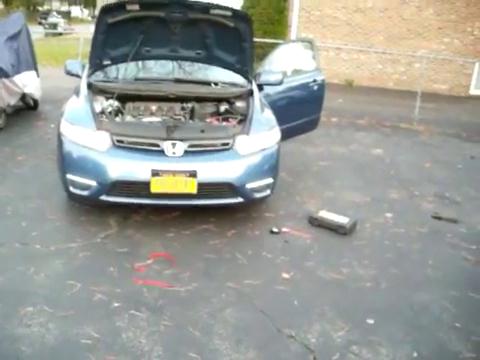 That was actually the only one I could find most feedback that one with the accessories. I went ahead to did the wiring I’m grounding it to the battery and then I got two wires coming over getting attached.. Now we’re going to do is we’re going to push all the wires up. I’m peeling the tape mount it up hide the wires and we should be all good to go. All done and mounted they look pretty and  match my daytime light.